Rubicon sponsored the 9th St Albans Girls Skate Jam at Pioneer Skatepark which saw skaters descend from all corners of the UK, the Czech Republic, Italy, Poland and Belgium, New Zealand and Australia. Let’s not beat around the bush, this is an awesome long running event (huge props to Jenna) so watch the video below, read the write up further down and enjoy all the pictures.

Between 1-3pm there was a free skate for all the girls but although the rain had held off until this point, reports were coming in from Kent of a downpour on its way – so the decision was made to put the miniramp comp on first. From the off the standard was evidently high; Melbourne’s Hilary Pearce was awarded first place after two faultless runs, her fast and aggressive style is amazing to watch – frontside Smiths, frontside 5-0’s, frontside tails – the list kept going! Danielle Mellor was on a no holds barred mission to pull off the most technical tricks of the day, placing her second – frontside-half cab-rock and rolls, backside disaster-revert out and switch front rocks. Third went to New Zealand’s Georgina Matthews AKA Hori who was all about the hand plants and Indy Grabs.

Next up was a pretty fierce Under 18’s comp. Placing 1st, Laura Johnson was on flip-tastic form, with a kickflip to fakie and a frontside flip over the driveway, 2nd placed Charlotte Brennon pulled out a nice early grab transfer out of the 6ft quatre to flat bank and Pioneer local prodigy 13 year old Caitlyn a good ollie from the driveway to flat to award her third. 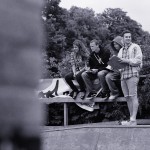 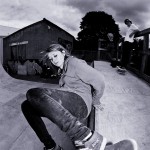 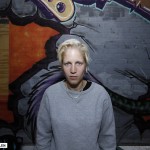 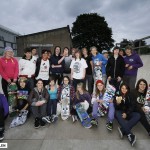 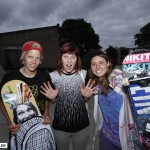 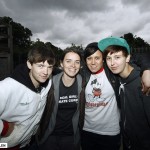 In the Over 18’s, first went to Georgina Matthews after a solid run including a 5-0 180 out across and down the driveway, a boardslide on the rail and bs and fs 50-50 on the box. It was really good to see Emma the Brum Richardson back on top form – fs 5-0 revert on the quatre and a nollie bigspin on the bank, which gave her 2nd. Resident SkaterGirl writer Danielle Gallagher placed third after her run of front rocks and feeble fakies on the big quarters.

The Over 18’s were over by 4.30pm, at which point Evelien Bouilliart rolled in, just off a train from Brussels – much to the delight of the younger girls. She had little time to warm up before the sponsored comp started, although it was apparent that as soon as she set foot in the park everyone upped their game just a little. There were four groups in the Sponsored Section, each had 2 runs of 2 minutes, A – Georgina Winter (UK) and Lottie Borra (Italy), B- Helena Long (UK) and Lois Pendlebury (UK), C – Klara Kasparova (Czech) and Caroline Dynybil (Czech), D – Evelien Bouilliart (Belgium) and Lucy Adams (UK) 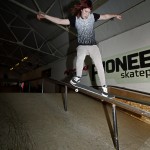 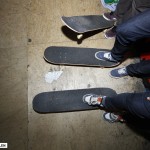 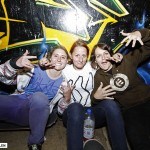 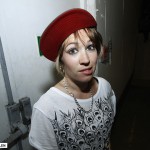 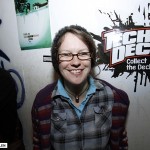 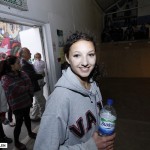 Caroline was straight into noseslides on the Koston, Lottie who had looked incredible in the warm up with front boards down the rail and 5-0’s on the block got a small attack of the nerves, Lois had some good lines on the go – flip on the driveway – kickflip to fakie on the quatre. Evelien went into full feeble and lipslide assault on the rail – just after her run ended she also landed a flip front board. Lucy Adams landed a host of tricks – fakie 360 flip, fakie shuv-it flip and a switch heel on the bank. Bs 50-50 on the Koston and a backside tail on the block. The judges admitted it was incredibly tight and difficult to decide a winner. However due to Lucy’s use of the whole park and the consistency of all the tricks she threw in between her main ones, she was awarded first place, with Evelien 2nd and Caroline 3rd.

A big thank you has to go out to all the volunteers – Leigh Burton, Carmela Fleury, Alex Barton, Geoff from Rubicon, Ben Cundall, Joff Talbot, Ian Harris, John Glanville, Michael McInally, Mark Sinfield, Leigh Burton, Sophie Allen, Michelle and Alan Rushbrooke, Sarah Glenny, Di Headley, Kat Bedding The Selby Family and to Arron Selby for soldering together new wires for the mics late on the Friday night whilst ever so slightly inebriated!

From its beginnings at Playstation Skatepark (Bay 66) back in 2002 and Epic (Creation) in 2003, Pioneer has now become the established home to the Girl Skate Jam UK. Plans for a big 10-year party next year at the park are already underway. 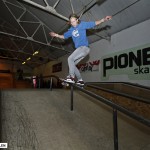 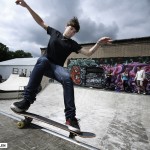 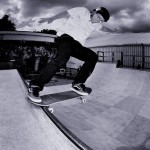 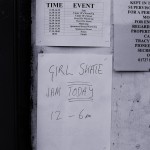 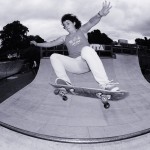